THE CARRINGTON HOLLYWOOD ACADEMY of DANCE

Located in the centre of Poole near Bournemouth in Dorset we have two fully equipped Mirrored Dance Studios, Drama Studio & Changing Rooms 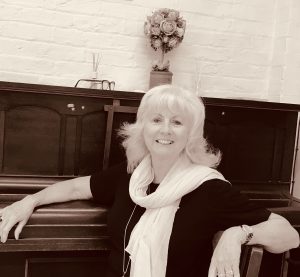 JANNE CARRINGTON Fellow of the Imperial.

Janne Carrington, Principal of the Hollywood Dance Academy, established her own school of dance in 1982 after fulfilling a highly successful career in dance.

Janne (also known as Charlie) Carrington trained with the American teacher, Joanne Kitson and later at the Bournemouth based Wessex School under Elizabeth Collins, Maureen Harvey and Ida Stewart. Awarded a scholarship by The British Council for the Kirov ballet, her professional career started in classical ballet touring with The London Festival Ballet, Vienna State Ballet and then moved on into musical theatre appearing in musicals, television shows, galas, pantomimes too many to mention.  Janne also stared in ‘The Faralees’ an Adagio Balancing Act which toured throughout Europe and The Jean Richard Circus. During her professional career Janne won several awards for choreography and directing.

Not content with running her busy academy Janne also finds time to fulfil a role as a mentor for students studying the RAD CBTS Teaching Studies, and is a tutor for the ISTD FDI & CDE teaching courses.  Janne takes great pride and delight in examining student teachers for the RAD CBTS. Janne’s other great passion is tennis, which she plays several times a week at a local tennis club.

The Carrington Hollywood Academy of Dance has gained an enviable reputation locally for the professionalism of its school productions. A summer show is staged over 3 days every other year at a local theatre offering the opportunity for everybody to perform on stage.

The school is also a member of the Western Association of Ballet Schools (WABS); offering another avenue for participation in productions, staged annually at the Pavillion Theatre Bournemouth. WABS hold annual workshops in Ballet, Contemporary, Jazz & Tap and also offer a grant scheme to all dancers who appear in the WABS productions enabling students to attend Summer and Easter courses at Ballet Schools, Performing Arts Colleges. and help with fees for the Royal Ballet Associate courses.

Summer School is held annually at the Poole studios at the end of July offering an exciting opportunity to study the more diverse aspects of dance and theatre studies culminating in a show at the end of the week.staged at a local Theatre. Senior and Juniors have a wonderful week of dance, drama, singing, make-up and fun!